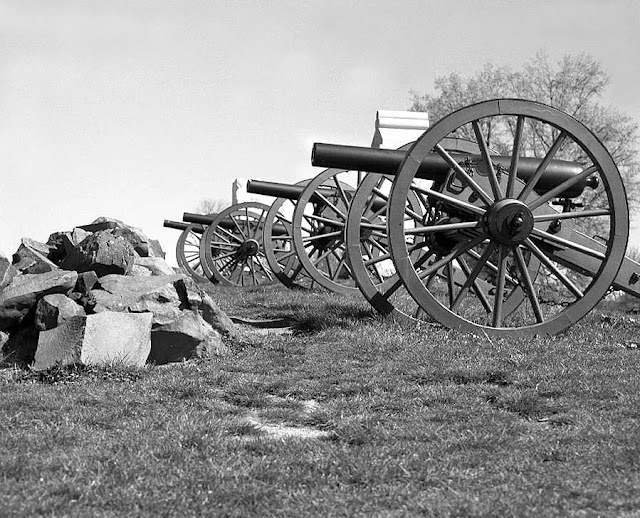 This battery is set on a ridge facing across a broad open field at Gettysburg, Pennsylvania.  When you stand there and look across, you cannot believe men would march across that field in the face of these cannons and thousands of soldiers with their guns pointed at you.  But they did.  In fact, 152 years ago today, that very thing happened, here at Gettysburg.

July 4th is for the politicians.  They were the ones that wrote and debated the Declaration of Independence, lofty words with a grand meaning.  It was the common people that backed it up.

July 3rd is for the common people doing what we do to give meaning and purpose to the actions of those politicians.

For a long time now, I have not thought about Washington, Jefferson, Franklin, et. al. on the 4th.  My thoughts have centered more around names like Armistead,  Longstreet, Reynolds, Chamberlain, Pickett and the thousands of the nameless that died 152 years ago today in support of that document signed in Philadelphia years before.

Without us the politicians are nothing.  Without us, the Declaration of Independence is just a bunch of words and run-on sentences.

Very well said, Martin.
I never thought at it that way. The bravery shown by Americans to support the Declaration of Independence is amazing. I don't think I could ever truly appreciate the sacrifice that lets us live the free life we do now.